In 2020, Geo-Sentinel has developed a national ground motion monitoring system, created Hungary's first high-resolution ground motion map and a small atlas that focuses on some potential applications of the unique ground stability and motion database. The updated map, published on 22 March 2021, includes new areas, new observations in some areas, and more points analyzed than before. The current version of the map has now 99.6% coverage regarding the population distribution whereas its spatial coverage compared to the total area of the country increased to 99.3%. The current version of the map and the atlas (in Hungarian) can be downloaded by clicking on the images below or at the bottom of the page. For more detailed information, please contact us at info@geo-sentinel.eu. 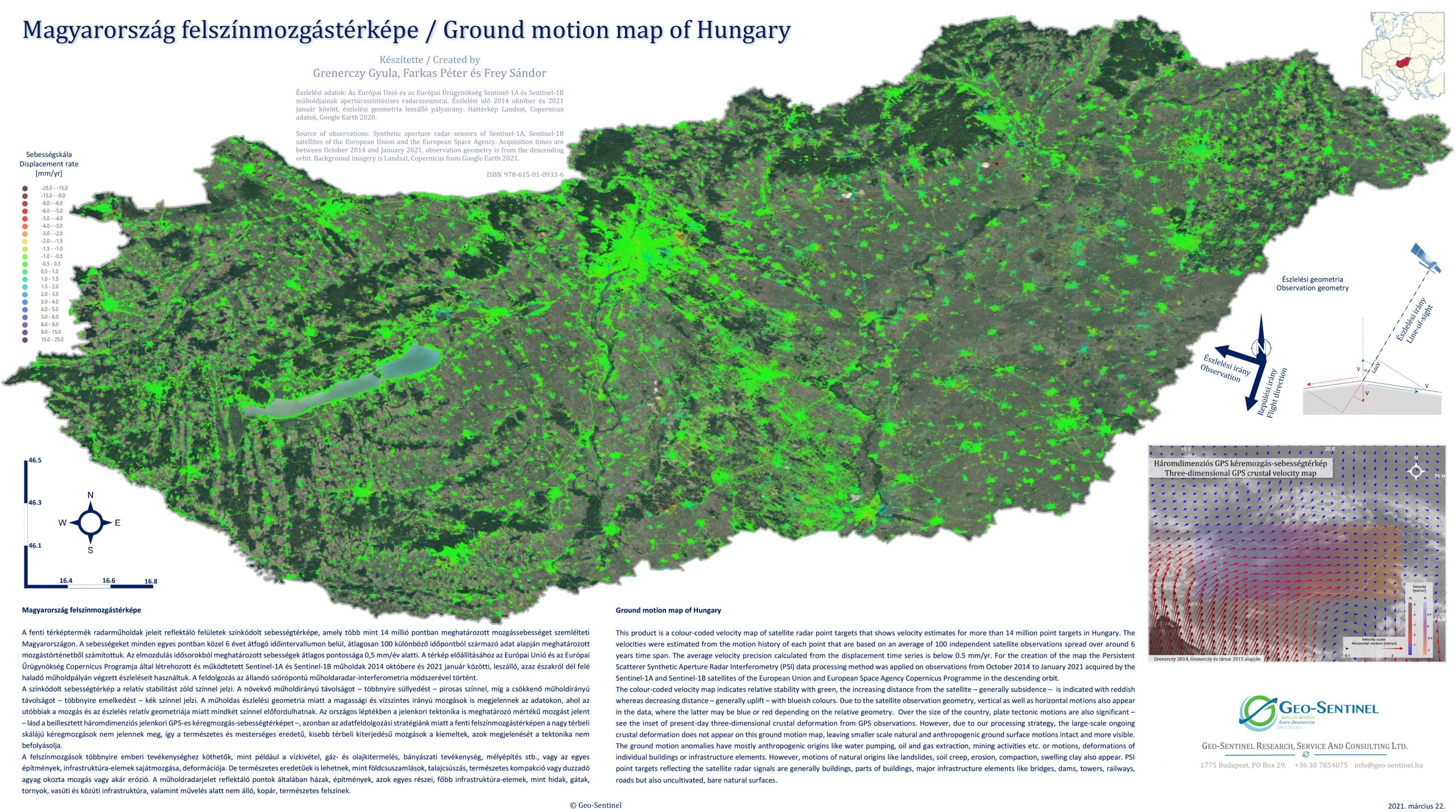 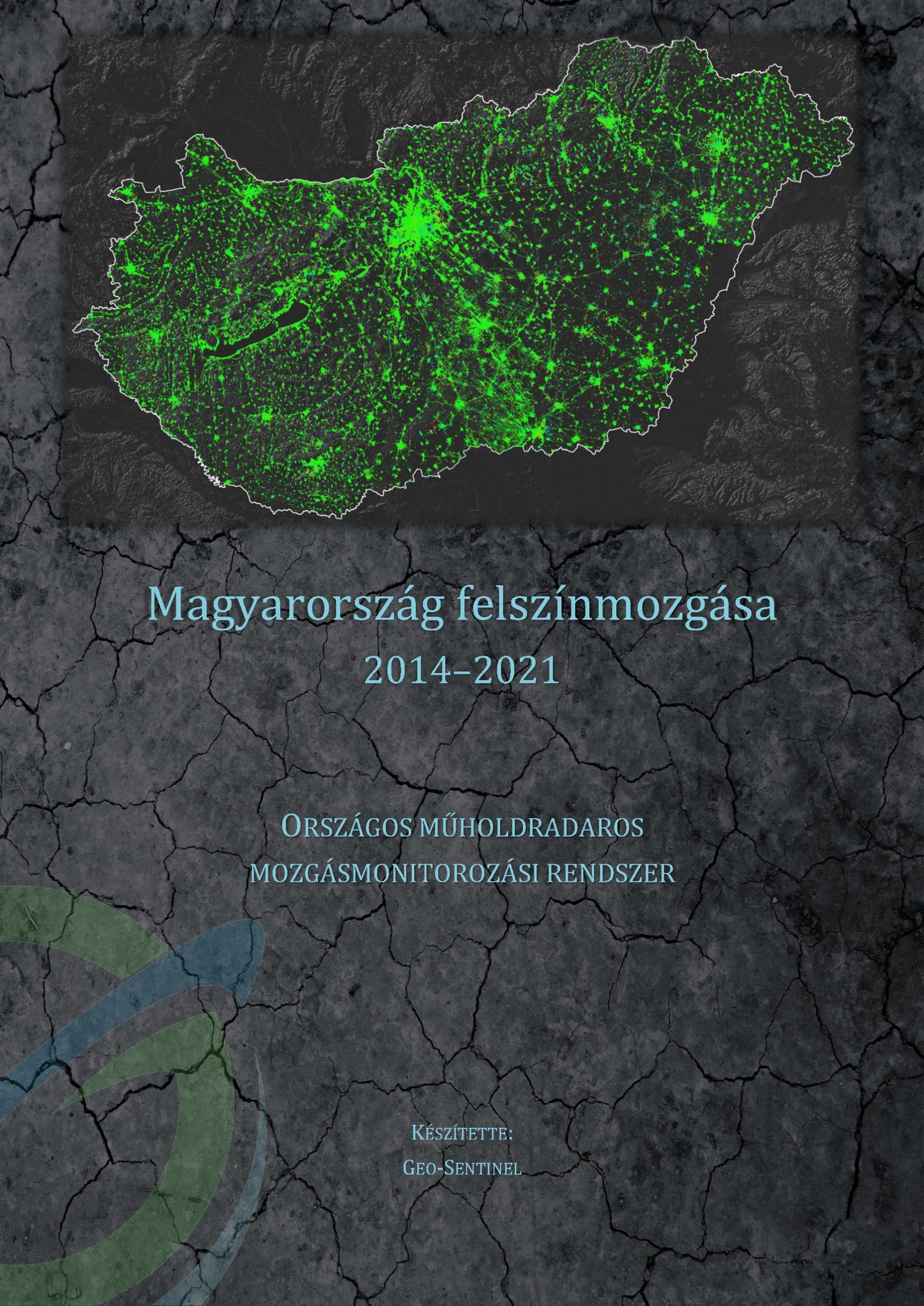 This product is a colour-coded velocity map of satellite radar point targets that shows velocity estimates for around 14 million point targets in Hungary. The velocities were estimated from the motion history of each point that are based on an average of 100 independent satellite observations spread over around 6 years time span. The average velocity precision calculated from the displacement time series is below 0.5 mm/yr. For the creation of the map the Persistent Scatterer Synthethic Aperture Radar Interferometry (PSI) data processing method was applied on observations from October 2014 to January 2021 acquired by the Sentinel-1A and Sentinel-1B satellites of the European Union and European Space Agency Copernicus Programme in the descending orbit.

The colour-coded velocity map indicates relative stability with green, the increasing distance from the satellite – generally subsidence – is indicated with reddish whereas decreasing distance – generally uplift – with blueish colours. Due to the satellite observation geometry, vertical as well as horizontal motions also appear in the data, where the latter may be blue or red depending on the relative geometry. Over the size of the country, plate tectonic motions are also significant – see the inset of present-day three-dimensional crustal deformation from GPS observations. However, due to our processing strategy, the large-scale ongoing crustal deformation does not appear on this ground motion map, leaving smaller scale natural and anthropogenic ground surface motions intact and more visible.